It is labeled as a DC or APS-C lens. Thought it would require me to shoot my 24MP Sony cameras in crop mode which would bring the MP count down to a lower level than I was interested in. Was not going to obtain a crop Sony body just for this nor a higher MP full-frame. So how did I end up here?

Was too lazy to dig up a body cap. Wanted to shoot the 105mm f/1.4 on the sd Quattro so instead of looking for the SA body cap I just swapped lenses.

As I sat there looking at the crop SIGMA lens on the full-frame Sony I said what is the worst that could happen? I might luck out like I did when a crop SMC Pentax-DA 40mm F/2.8 Limited pancake worked just fine on a full-frame Pentax K-1 years ago.

The only downside of that combo was a bit of vignetting under certain, low light conditions. But I liked it.

Sure the lens worked fine in crop mode, as it did by default, but that did not interest me. But what if I forced it to into full-frame mode. Would there be a mechanical blockage? Would there be intrusive vignetting or would it be acceptable like the Pentax 40mm. Well, fortunately, it was the latter. In fact, one of the first captures was of the sd Quattro I had just switched lenses with.

Hold on a minute. What? This looks to be covering the full-frame image circle better than the Pentax 40mm. More please.

Ok. So not a fluke. What about out and about?

Ok. What about when tagging along when testing a film camera at one of my favorite locations? It did more than just fine. It did great. Other than a minimal bit of vignetting (easily cropped a bit to fix if I wished) that did finally pop up in a few shots it did well.

So what do I think?

So do I recommend it? I do not know.

Have said this before. If you are a sane and rational person then probably not.

But if you have a contrarian digital bent and would like a bit of f/1.4 on a film camera, then… maybe? Largely depends if you have become smitten with a certain oddball Foveon sensor having camera that comes kitted with this lens. Because then it is a no-brainer. But buying an SA mount lens to shoot with an obscure, but very capable SLR, without having a digital SA body? I don’t know. Theoretically one could pull off a similar hat trick with Canon and Nikon mount versions I suppose… But again without a Foveon sensor somewhere in the mix, this would be a no-go for me personally. Not saying it makes sense. Just the way it is.

I can tell you this. I am smitten. No full-frame 35mm f/1.4 Art for me. I am good. And if this thing works well with the film SA-7N (it does) then game over because it is well balanced on that as well.

8 Replies to “SIGMA Surprises: A crop SIGMA 30mm f/1.4 Art lens on full-frame. Simply put I did not expect this to work at all.” 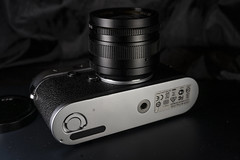 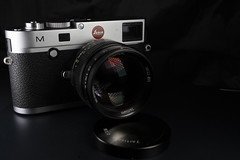 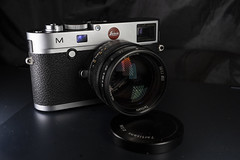 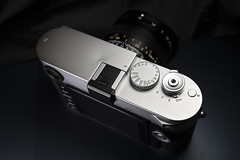