noun. the state or condition of not being in agreement, accordance, or harmony, or the degree to which things are in this state

Aim the camera in the general direction of the intended frame, let the camera do the AE and AF lifting, and press the shutter.

I like Pentax 645 cameras. Started with the AE manual focus film 645.

Set it to aperture priority or Program mode and fire away. Perfect exposure every time.

Liked it so much that I moved on to the AF Pentax 645N.

Wilson (pictured below) called it the best film camera for your dollar and I agree. Why? It does not miss. Pick a subject, focus or focus and recompose and hit the shutter. I cannot think of an instance where it put a foot wrong outside of human error. It is the first camera I reach for to shoot medium format slide film for that reason.

And then it clicked. Not only is this an easy camera for me to use. It is a camera I can hand off to anyone familiar with cameras and without much effort they will be able to take a great photo also. Here is a photo my sister-in-law took below. Gave her the camera, showed her where the shutter button was and there it is.

Would not try that with most other medium format cameras. And like the 645 it does not miss.

What could be better? Welp. How about more of the same with a digital sensor

That gets you the Pentax 645D.

Have written a few posts about this camera already. From my initial review to the most recent post. The reason I write yet another post is largely due to that last post. Due to the sensor size at first I treated this camera as unobtanium. But recently I started realizing that this was a camera every bit as user friendly as the 645N and 645 above. So that is exactly what I have been doing since. Not much more to say so I will show. Sample images from the last week or so below.

And there you have it. While I could allow the photo to speak for themselves I do have some thoughts to add about this camera.

Not A Studio Only Tool

This camera would do just fine in a studio setting. All of the expected medium format advantages are there with a few extra.

But at the same time, unlike some other medium format cameras, this camera does well for day to day use as well.

I love everything about using this camera.

Had not mentioned the shutter noise before, but I love the noise this camera makes when you take a photo. Part massive mirror flop, part electronic tomfoolery of some sort taking place but it is wonderful. While having absolutely no impact on the resulting image it does make for a wonderful photo taking experience. And that is the point of al of this rambling really:

I love taking photos with this camera.

What started as a “let’s use it for a couple of days for the heck of it” has turned into a take it everywhere I go experience. Even if I could afford other medium format cameras and lenses (crucially the cost of f/2.8 AF lenses and faster available is a huge factor) offerings currently on the market I could not see myself using them as daily shooters for a few reasons ranging from practicality, to ease of use, to the preciousness of ownership. So for me you end up with a best of all worlds camera and lens solution.

Sidebar: Have for some time tried to put what I perceive I feel is special about medium format into words and while discussing this with a fellow photographer, Anthony Smith, I have come as close as I ever have to putting it into words. Experienced photography legends could likely describe it better, but it hit me. You can get most of a face or main subject in focus because of the relatively modest f/2.8 aperture without the need for Eye AF wizardry (which is what it looks like when I think of the before times) while blowing the background to smithereens because of the size of the image capturing surface I imagine. No more sharp closest eyeball and blown away tip of the nose if you will. And it looks different once to an eye accustomed to smaller sensor cameras… almost looks like a composite photo where you have inlayed a photo at a modest aperture into a background photo blurred into oblivion by an insane aperture spec… if that makes any sense at all. I first fell for this look I could not quite describe yet with the first roll of film I ever completed with a medium format camera. This photo of my dearly departed father especially stood out compared to what I had grown accustomed to.

Taken 7 years ago and it upended my expectations. I love this photo. And I have been chasing this look ever since. With the 645D I am getting that same look with a digital sensor. Seems fitting that it is on Pentax since my Father first taught me 35mm film photography with a Pentax ME Super.

Now back to our regularly scheduled program in 3, 2, 1…

Had thought that if I liked this camera I would either add to or replace this camera with a Pentax 645Z, but now that I have settled in with the 645D I see no reason to do so.

What you end up with is an imperfect camera that is as near as perfect as you can get for me personally. Queue Grace Jones!:

<ahem> As I have said many times before. 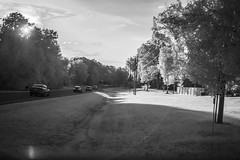 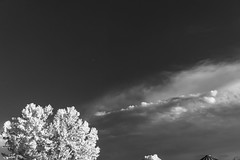 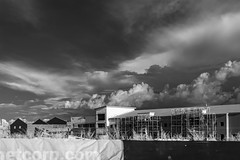