Having just received my first lens for this camera today so not one roll of film developed I may be putting the cart before the horse, but I am so impressed with this camera already I figured I would proceed…

For family reasons I wanted to obtain 3 medium format cameras. It relates to kids and is kind of mushy so I will leave that there. Having had one medium format film camera fall in my lap and another call to me from beneath a glass enclosure at the local camera shop the only question was “What to get?”. While I like to claim brand ambivalence it is hard to ignore the fact that I have Pentax leanings.

So Pentax it is. The obvious go-to darling for a Pentax medium format camera would be the Pentax 6X7. 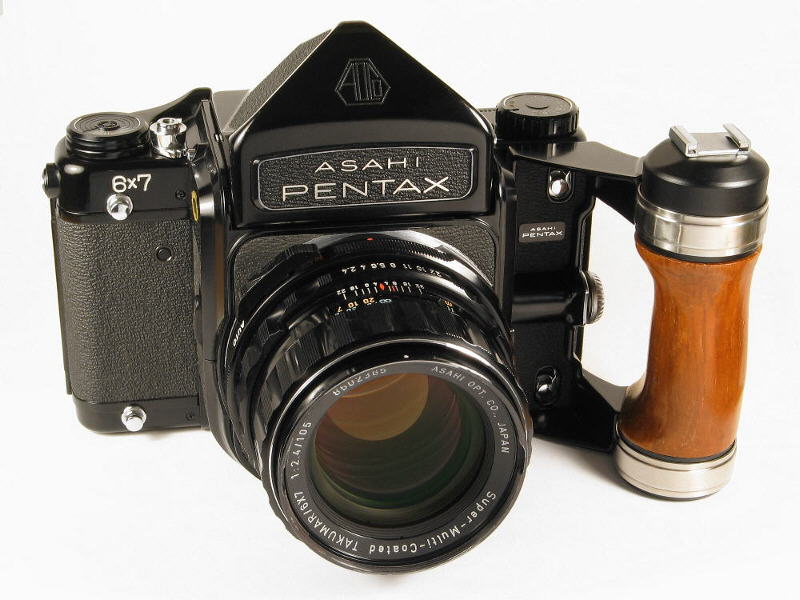 Like many other folks, I already had eyes for it. Having access to a respectable, but not massive, unexpected windfall at my disposal I got to researching. Why not shopping? No matter how sure I am about something I always research it first. Glad I did because due to the medium format cameras I had already and some other factors a different camera kept rising in the rankings for me. First off things that moved me away from the 6X7. Very personal to my tastes, but there were a few ‘already hads’.

Then there was the fact that a 6X7 would cost a bit more than my windfall and spending my own money because I got unexpected money seemed counter-intuitive. Especially if there was another valid option and there was. I had never heard of a Pentax 645 film camera before. Contax 645? Yes. Mamiya 645? Yes. Pentax digital 645 D and Z? Yes. After reading some reviews including one by Ken Rockwell I was hooked.  Why? Glad you asked.

Now that I have had some time I can report that the handling of this camera is very solid. It may pass, but there are aspects of this camera that could elevate it in standings. Namely…

No real demerits for me, just a few oddities to familiarize one’s self with that were trivial.

I went ahead and ordered a tele lens while I was at it. The last test was image quality, but given my past medium format and Pentax experiences I was not concerned and the 645 did not disappoint. Here is the ongoing album and below is a sample gallery: