Recently wrote a post about image capturing solutions I credited with diminishing my desire to obtain a digital medium format camera.

As stated previously camera body wise if I am honest with myself I have exactly one reason for purchasing a digital medium format camera:

I would really like saying the words, “I own a digital medium format camera.”

For my practical considerations the K-1 and GFX 50S II are closer than one would think.

Do not get me wrong. If I had the disposable income…

…or photography workflow compensation justification required I would be all over a medium format digital camera. But neither are the case so I have found ways to make do. In addition to the 50mm f/1.4 there is another Pentax lens (More than one more actually, but I will get to that in future posts.) that gives a unique and special look that transcends…

Ok, ok. I will cool it. A lens that makes pretty pictures. That is the point of this all, no? We could actually just use our phones otherwise. Gave the lens away in the post picture and title so here you go. The Pentax-FA 77mm f/1.8 Limited.

In 2014 Pentax Forums selected the 77mm as the best Pentax lens ever for a good reason. It is fantastic. Quite the looker (see above). Prerequisite portrait lens gaping maw.

Solidly built with some heft, but surprisngly compact given the spec and performance. A great walkabout fit with the K-1.

Quite handily the 77mm has a built in lens hood also.

It is also a versatile lens. Originally a film era lens so it works on any AF Pentax body including crop sensor digital cameras (With a 115mm full frame equivalent focal length.).

Pricing varies quite a bit. Being so popular a new updated and improved HD version was released. Older versions are available on the used market. Most later models were made in Vietnam like earlier models I have owned. Silver is also an option.

Have owned before because it is a must purchase when I have a Pentax camera. I saved a bit for my current copy since it is just a bit rough, and it was made in Japan so it is one of their older, original 77mm lenses. While I am sure the newer HD versions are surely superior I can verify that the original versions will do just fine image quality wise.

Was reminded of this when I took it with while hanging out with my better half recently.

Bonus round. Here are some other 77mm samples.

Let me be clear. I am not saying that this is a full-on alternative or replacement to medium format digital. But if you are unable or unwilling to swing a medium format camera but would like a bit of the look there are less costly options. 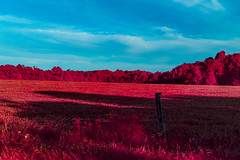 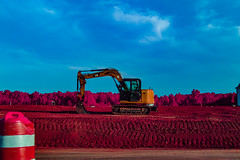 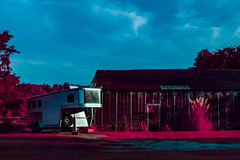 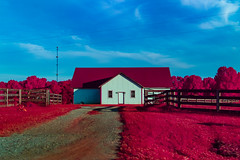