Right off the bat this is a top 5 lens for me. Perhaps top 3.

And Pentaxians (Who rank somewhere up there with Leica and just ahead of Fujifilm in fandom in my experience.) agree, with Pentax Forums naming it the best Pentax lens of all time. And for good reason.

A stated in a prior post on this lens,

“I had Pentax DSLRs a couple of times before and this lens was on my radar both times.”

…I debated which of those lenses was my favorite Pentax lens. Of the three lenses the only one to make my recent all time favorite system agnostic lens list was the 100mm f/2.8 WR Macro. Given more time to reconsider either of the other two could have taken it’s place. The weather resistance of the 100mm, denoted by the WR, likely played a part in lifting the 100mm over the others. All three made my favorite Pentax mount lens write up for KEH’s blog.

When sentiment and technical competence drew me back to the K-1 again I did not plan on picking up a 77mm lens again as I also mentioned in my recent 100mm post. But KEH got me again. But it is really my fault for obsessively trawling used gear listings at KEH, Adorama, and B&H. KEH listed it used (Bargain Grade) for hundreds off the going new rate and also a hundred or two less than the typical eBay asking price.

That being said the 77mm lens is fully worth the full brand new asking price. Why? I present the same list as last time with updates.

Whether black or silver this is a great looking lens. I do not even try to pretend this does not matter. Write-ups also touted the build quality. Previous silver copy shown below.

I would put this lens in the same class as the best of the best 35mm lenses I have handled and used. Lenses with legendary names that rhyme with Micah (My opinion, don’t come at me. Especially if you have not handled this lens.) fare no better build quality wise in my opinion. All metal. Etched and painted markings. Cutout focus detail. A beautiful lens. Very small given the spec. Around the size one would expect of a 50mm.

Plenty quick and accurate especially considering it’s film era origins. Perhaps not as quick as the very swift or as silent as the very silent modern mirrorless systems, but it is fine on both counts in actual use. If you have used screw drive lenses before there are no surprises here. Manual focus is an on body focus lever switch away. Additionally, it has no trouble focusing in low light.

Image quality is the main party piece of this lens. Judged on this alone this lens would take top honors on my list of favorite lenses. It is one of those pixie dust lenses. Even the simplest, mundane of subjects are rendered so well.

Above is a simple shot taken at a beverage drive through. It is one of the images that led me to grab this lens when I saw it available at a reasonable price.

Sharp wide open. That is something you do not always hear when discussing film era lenses on digital, but it is very true for this lens.

But these individual categories miss the point of this lens. Back to the Pixie dust thing. While modern portrait lenses may be technically superior I prefer the photos created with lenses like this. Another example would be the 7Artisans 75mm f/1.25.

One big difference is that the 77mm Pentax has AF. But both are character lenses you could say. “Soul” for lack of better word.

I know. I know. I can hear you groan right alongside my own inner voice of reason. Hear me out. If I do not see the wind does it make it…. <wretch> ok, I’m back. But that special “it” is there no matter how impossible it may be for me to quantify.

Based on past failed attempts to temper my enthusiasm I did not bother trying to stop myself once a “reasonably” priced option was available. A quick flickr perusal confirmed this.

Pentax has some odd focal lengths and this is one. Not 50mm? Not 85mm? No. 77mm. But it works. Similar to the 7Artisans it lands between my two favorite focal lengths, 50mm (mainly for things) and 85mm (mainly for people) it makes for a wonderful compromise. But Pentax had to throw in two extra mms evidently. Owing to the perennial Pentax lens mount this lens works perfectly well on the K-1 as well as my freebie Pentax SF-10 whenever I feel like shooting film. I am not likely to try it, but I wonder if it would work on the MF ME Super. On a crop Pentax like the K-3 it makes for a wonderful 115mm-ish portrait focal length also.

Sidebar: But why even consider a Pentax lens?

“Even with all the fever pitch talk about mirrorless recently if you are looking for stills cameras there is great value to be had here. For video look elsewhere.”

The same applies now. For more on Pentax in 2021 I point you to my recent post on the subject.

And back to the topic at hand. The 77mm Limited. If you have or are considering Pentax mount gear I highly recommend it.

I saved many hundreds on this last copy by jumping on a bargain grade copy at KEH when it showed up. With few exceptions I have had great luck with bargain grade gear at KEH. It is a touch rough around the edges, which is expected with KEH bargain grade, but it only has a few very small marks on it. I also suspect that the red dot lens index is not original…

…since the earlier copy I had came with a green dot.

The lens also has some very small marks on the glass, if you look closely, but nothing that would impact image quality.

The inner barrel metal also has some very small white spots on it near the front element. But the spots, while a bit worrying, seem solidly affixed and do not seem to pose a significant risk. They may also have to do with this likely being a very early copy of a lens that was first created in 1999. Why do I say this? It is proudly marked MADE IN JAPAN…

while later copies, like my previous 77mm, are marked ASSEMBLED IN VIETNAM.

This latest copy was also missing a metal front lens cap and back cap. I have owned so many inexpensive film Pentax lenses that I had a Pentax back cap in my small plastic bucket of many things. I waited to receive it first, but I am pleased with what I received so I have already scored a cheap eBay replacement front cap. A small price to pay since I saved a good penny on the lens.

But like other KEH bargain grade lenses it looks just fine all things considered and works just fine with no performance or optical issues I can locate.

And lastly there is one big 77mm Limited plus. One of my favorite things in fact. A built in lens hood. I really wish more lens manufacturers did this still.

Here is a link to an ongoing gallery with this lens and below are samples of and with the recently acquired copy. 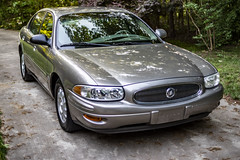 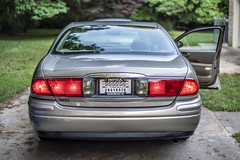 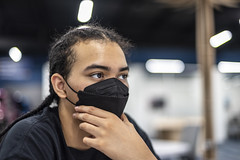 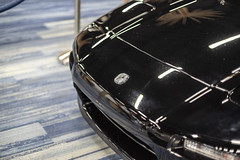