So here we go.

This lens is as close to a one lens justification for buying a camera system as I have ever come across.

Why do I love it?

Every single time I have been lured back into Pentax-ville (two or three times all in) this is the first lens I buy behind either a 50mm or the Tamron 28-75mm f/2.8 (More on this lens below.). While not as flashy as the fancy pants 77mm f/1.8 I like this lens better. There is little this lens cannot do.

If Sony or some third party manufacturer made an FE Sony exact clone of this lens I would pre-order it immediately. (A little more than I would like Sigma may have done.)

Why don’t I have it then?

While APS-C does just fine wringing the most out of this lens requires the one and only Pentax digital full frame option, the Pentax K-1. And as much as I adore this camera in theory:

That being said I still occasionally consider picking up a Pentax body for this lens alone before I talk myself down. If you are still using Pentax DSLRs or have access to one I highly recommend this lens.

I do not make this statement lightly. This is my favorite 50mm SLR lens ever. There are more “sensible” choices non adapted like the native FE AF Rokinon/Samyang 50mm f/1.4 (that could have also made this list), but I prefer this lens for one simple reason. I can use it on film as well. Check out the full review at the link above but everything you want in a normal prime is there. The image quality and versatility that this lens affords is impressive. With film this lens is absolutely amazing. This lens is so sharp that in good light I have to zoom in on the image or even look at the info to confirm whether it is is film or not. With digital this lens is absolutely amazing. And the CY variant is a bargain compared to other more precious Zeiss lenses. You could spend more for the f/1.4 variant but the only advantage would be bragging rights in my opinion. Even if you do not get a CY body, but why not at such reasonable prices if you get the less precious Contax or Yashica 35mm SLR bodies, I would still recommend this lens for adapting to mirrorless. All but the very last two pictures below were shot in film.

You could say I am cheating here since these are technically two different lenses. But, while wildly varying in vintage (old vs. new), build (meh vs. weather sealed decent grade plastic), and mount (DSLR vs. mirrorless) these lenses are spiritual twins in my book. Both:

Hasselblad is a legendary camera and the heart of any camera is the lens. Of course there are other Hasselblad lenses and I have a couple of them, but THE Hasselblad lens for me is the Hasselblad 80mm f/2.8. I will not bother to list the high points of this lens because it has all of them. How good? Good enough that I have seriously considered one of the most expensive adapters ever so I can shoot it on my mirrorless camera. Have not, but that may change one day. If you get a chance to try or obtain this lens you will likely come away realizing that it is not just hype. I have had and tried quite a few medium format film cameras. This lens is a large reason why this camera is my favorite.

Like the Pentax 100mm up above this is a lens that I no longer have. But unlike the Pentax lens it is a lens that almost stayed. Again the camera, or more accurately the lack of the affordable lenses in the camera system, was the weak point but only just though. I came extremely close to keeping the Canon EOS RP largely based on this lens alone. I still miss it, but still believe I made the right decision to move to a unified FE mount A7II. Why was this lens so special? Also much like the Pentax 100mm this was a very versatile lens.

It is without a doubt one of the every best 35mm lenses I have ever used. If it had been a 50mm lens I would likely still have this lens and camera.

This lens is so good that it led to two things:

All three Sigma lenses are very good, but this is one is another level. This is surprising for me since a 24mm full frame equivalent lens is usually not my go to focal length. 35mm and definitely 50mm would be my usual go to. It is great at video with smooth and accurate AF on SOny.

But video is not the reason it is on this list. This is one of teh first lenses I put on this list. While it is very sharp and can produce a fair bit of bokeh for such a wide lens but that is not what draws me to it. There is an as yet strictly unidentifiable, by me, look to the way that this lens renders an image. I just cannot put it into words. It just creates wonderful images.

This was a close one. I was going to select that Contax G ZEISS 28mm f/2.8. Technically that lens makes more sense since it can be used for film or digital as it is not permafixed to a prohibitively expensive camera. Very close. But I like this lens more. May have to do somewhat with the 38mm focal length. Who knows? Once you get used to the AF two step (focus is calculated at half press but the lens does not actually move until full press) it just kills it. Do whatever you like, shoot into the sun, in low light with or without the flash, hip shot it and the lens just takes it. So do I recommend shelling out the extra cost over the G1 with a 28mm? No. Not at all. That is an entirely different question than which is my favorite. I would say get yourself a G 28mm and make sure to grab a Contax G1 while you are at it before its price creeps up like the G2.

Quite simply one of the best portrait lenses I have ever used. The fact that it pulls this off while being a MFT system lens is even more impressive. How good is it? Manu and I did a little portrait comparison outside of Southeastern Camera between the Olympus 75mm and his mighty Pentax 67 for a giggle. 6×7 medium format film up against MFT.

Let us be clear. I am not saying that the 75mm is a viable Pentax 67 alternative. Heresy. But the fact that I can even compare images between the two is quite impressive. I really need to get this lens out more. Through no fault of the lens I tend to knee jerk and grab larger sensor solutions but that is really selling this lens short. While not the greatest MFT portrait focal length bargain (that would be the 45mm) it still offers good value considering what you can produce with it.

If this lens were awful no one would be surprised. My copy was made for a wonder of Russian SLR’dome.

Roughly a bazillion of each were made so this lens can be acquired for relative peanuts. But this lens is awesome. Sharp when focused properly. Lovely bokeh under normal circumstances and provides wonderful background swirl under the right conditions. It also provides a nice 3D look even from a distance back as seen in the group shot below. Far more capable than it has any business being. At 8mm longer than my usual 50mm favorite it provides reduced distortion when taking photos of people. Equally adept analog or digital. I really like this lens and it easily made this list. 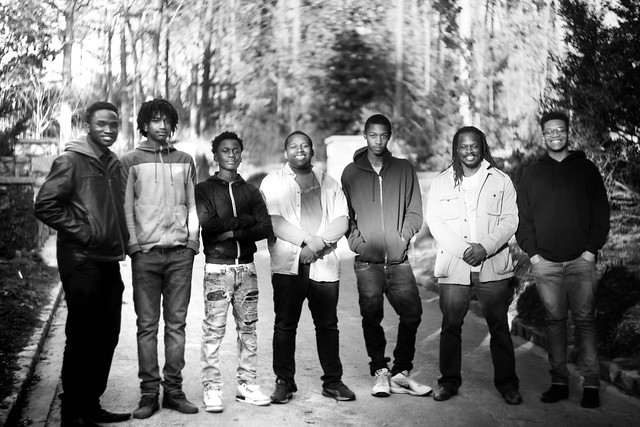 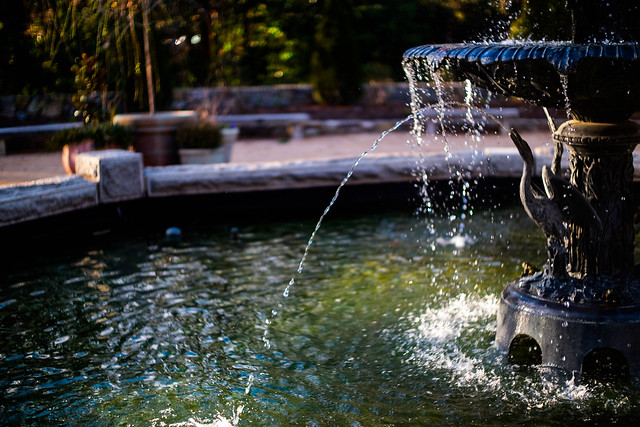 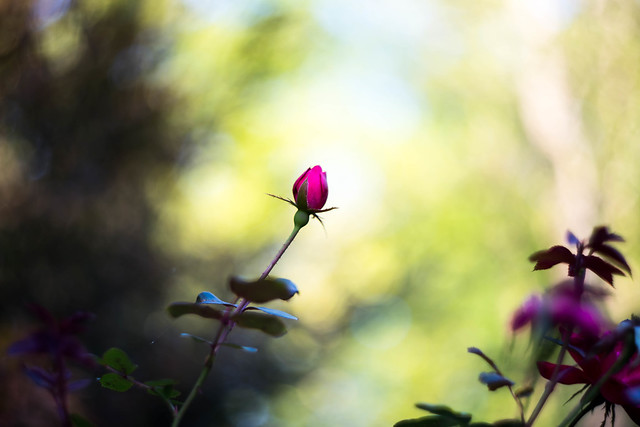 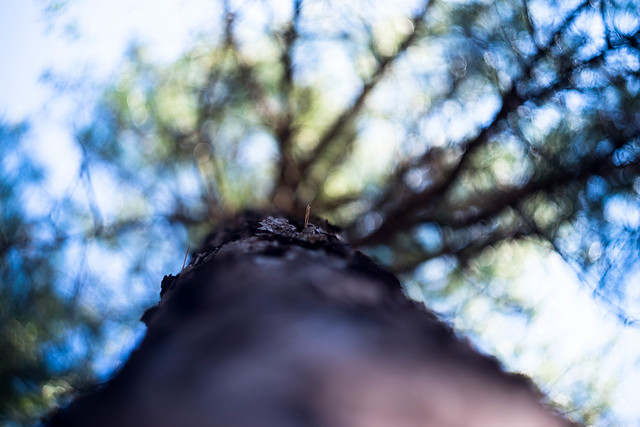 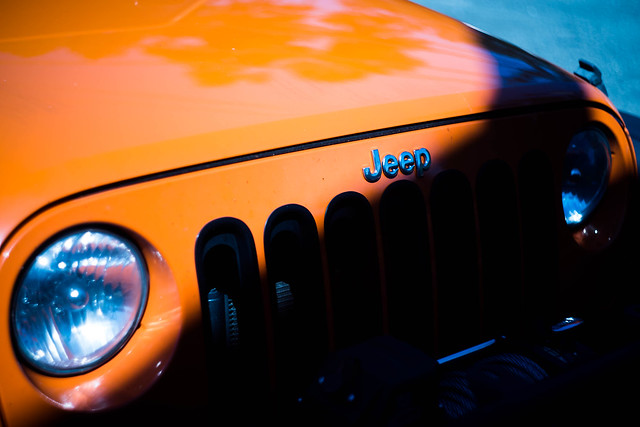 Or Knock-off-tilux as I call it. By all rights this should not be 7artisans lens on this list as this lens is a little rough around the edges. The 28mm, 35mm, 75mm M Mounts, and even the APS-C 7.5 fisheye that came later are a bit more polished. But where those lenses offer improved build and more refined optical performances they miss the boat on one big item. Fun. This lens is a hoot. Stop it down and it behaves itself but set the aperture to 1.1 and various manners of optical foolishness will ensue. And I am here for it all day. It shares this distinction with the also kind of wonky FE Mitakon 50mm f/0.95 but at a lower price point ($679 vs $349 at the time of this post), smaller size, lower weight, combined with added M Mount versatility. Others appreciate this nonsense as well evidently since an accidental fire bokeh show (first sample below) was so unintentionally “abstract” that I almost did not post it. Then when I did it garnered more likes and comments than shots taken with intent. It is like that sometimes. And with all of that it does just fine with film cameras as well as used on a Voigtlander Bessa R2 in the past…

…and a Leica CL more recently.

I have no issues manual focusing on mirrorless but it also plays very well with the TECHART Sony FE to LM AF adapter.

TTArtisans now also offers 50mm f/1.4 and f/0.95 M Mount options for a similar price or more. I am sure those are fine lenses but I am perfectly happy as is. Quite a fun lens that does not break the bank.

Well that about wraps up the list. All subject to change at any moment but this will work for now. That successfully kept me out of my news feed for a while. Happy shooting.