While an odd choice for a crop sensor I really enjoyed its versatility and great IQ for a very reasonable price.

Some time later I switched to Pentax crop and full frame and one of the first lenses I picked up was the Pentax mount of the same 28-75mm f/2.8 lens. 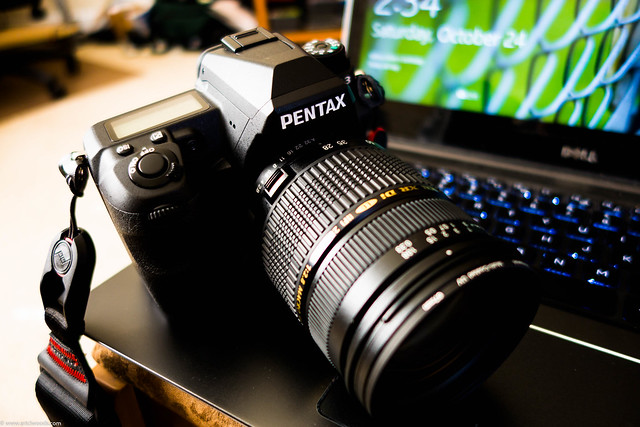 Once again great performance at a very reasonable price.

Having moved on to Sony E mount I first used an A Mount adapter with another, now third mount version, DLSR 28-75mm f/2.8…

…and I was thrilled when Tamron announced that they were making a 28-75mm f/2.8 built specifically for Sony mirrorless.

And it was not only as good as the DSLR models, it was even better. Even better IQ along with better construction and weather sealing that the DSLR models did not have. After hoping for a Sony FE 70-200mm f/2.8 Tamron instead released the 17-28mm f/2.8. While interesting to complete a lens trio a wide angle f/2.8 lens was not what I wanted next. Had tried the Sony 70-200mm f/4 variant…

…and while it is OK it was not good enough to keep. Having held out for Tamron I had some events coming up so I finally caved and picked up the only native mount f/2.8 option at the time, the Sony FE G Master 70-200mm f/2.8.

It was great. But then Tamron finally announced the 70-200mm… hold on 70-180mm f/2.8? At first I paused (fighting GAS post about that here), but once I realized that I could trade the much more expensive Sony towards both the Tamron 70-180mm and 17-28mm to complete a Tamron f/2.8 zoom trio it was a no-brainer. Like the 28-75mm I also bought these two from my local camera shop, Southeastern Camera, Carrboro.

Why am I saying all of this?

Well I recently wrote a post extolling the virtues of the Sigma prime trio and how along with the stellar AF performance of Sony crop cameras made an unbeatable combination as far as I was concerned. Well I contend that Tamron has now pulled off the same trick for full frame Sony.

Sony did itself a huge favor by getting out ahead of these other brands. With that comes more lens options. Panasonic has options, but their zoom lens options are new, even higher priced Leica branded models where many are slower than f/2.8.

Sidebar: As for the the Leica SL2 I know Leica makes amazing glass but variable zooms that top out at f/4 and f/4.5 from $5,000 to $7,000 is a tough sell for me even if I had it like that. Which I do not. I do understand the Leica allure but at that price point and weight I would probably be looking at the similarly megapixeled, also contrast AF only, and similarly or less priced medium format GFX 50R and 50S instead. And here is the kicker. The GFX native AF lenses are much less expensive. I know they are apples and oranges systems, but I would be team oranges.

The good news for Canon and Nikon is that it looks like Tamron is coming to their rescue (Which is interesting since I heard Sony owns part of Tamron so Sony wins no matter what.) with an f/2.8 zoom lens trio for them as well. But even when these Tamron lenses come out for Canon and Nikon there is another issue…

Once again Sony has the advantage of having gotten out ahead of the mirrorless full frame competition. With that there are great values to be had. While not having IBIS and only OK AF there is the A7 as a very affordable full frame option. For more spend there is the still compettitive A7II. How competitive? I had bought a Canon EOS RP for its bargain price, but traded it for the A7II as soon as it went on sale for $899 to gain IBIS and better AF. There are more expensive A7 models but I still argue that the A7III is the screaming bargain of the A7 model line. This stellar camera is better than competitive with great pricing, long battery life, IBIS, great low light performance, and class leading AF.

Back to Sony there are other lenses with more premium materials and features like lens stabilization and switches. But the Tamron has build quality that is quite good and performs where it matters most, IQ. I have absolutely no concerns moving to Tamron. With that I now own zero Sony full frame lenses. That is not a bad thing. That means that there are great third party choices and that is a great indicator of camera system viability.

With that you can buy a Sony A7II ($899) and acquire the Tamron trio (combined around the price of one native 70-200mm f/2.8) for little more than a Canon, Nikon, or Panasonic and one native high end lens and have a competitive solution.

That is it. That is my point. While there are announcements that bring me down like Olympus selling off their business this is a bright spot. I started my digital interchangeable lens journey with Olympus and it served me well. I hope that the new owners bring the brand forward and are more successful at keeping the brand relevant than Ricoh has done with Pentax, which is another brand I am close to from my first SLR experience with the ME Super to the Pentax 645 to the digital K-3 and K-1. Good news is welcome.