Update: Received my first roll of film back and editing to reflect my experiences on the 2nd day of shooting.

I blame the internets. After a visit to keh.com and a quick view of shots with it on flickr all went blurry and this arrived a couple of days later.

Day 1: The first roll (all 8 exposures of it) is being developed at Southeastern Camera, Carrboro. Sample shots and full This Old Camera post coming soon. May not be able to tell by this shot, but this bad boy earns it’s Texas Leica nickname.

Shoots 8 exposures on 120 film (as opposed to 10, 12, and 15 exposures like my other medium format cameras) owing to the wider 6×9 aspect ratio. Like the Hasselblad it is utterly manual requiring a light meter or exposure guesstimating skills, has a leaf shutter and aperture and shutter speeds are set on the lens. Like the Pentax 645 there is no film back so you change film when you are done like a 35mm film camea. Although a wider format than the Mamiya RZ67 it is significantly smaller and lighter (owing to lots of plastic), but it is not small when compared to any other mortal camera. Unlike all the others, except for my neglected Holga, the lens is fixed. But at f/3.5 and 90mm the lens is very un Holga like and is highly regarded for its image quality.

Why? Glad you asked.

Day 2: This camera is awesome. I want to shoot with it all day. Have already run through 2 rolls (16 exposures) and working on a third. And now that I have had the first roll developed this has a lock on the top favorites list. Added notes:

Here are images of the camera. 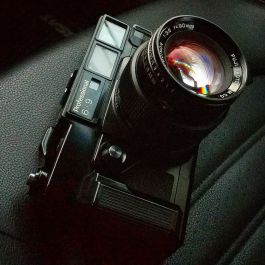 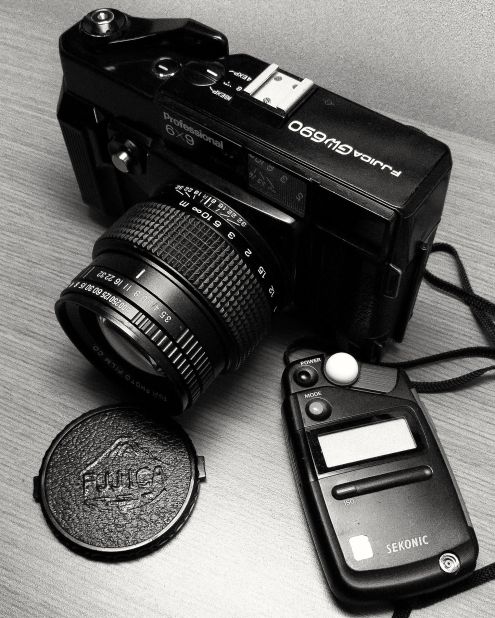 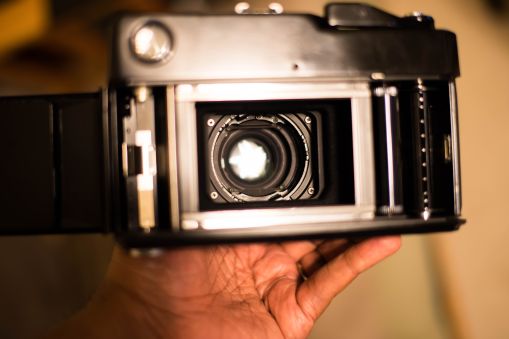 Here is the gallery where future shots will be posted and a gallery of below contains samples from the first roll including 2 photos of the crew at Southeastern Camera Carrborro.

Sa-woooon. Been looking for an everyday rig for years. Had half the amulet in my possession with the #sonya7c . Waited a couple of weeks to confirm, but after searching for two years I finally found the perfect match for my purposes. The #sonyfe40mmf25g . #sonyalpha Full write up at link in bio.
@sonyalpha #sonya7c #sonyfe40mmf25g