A few weeks back an unplanned string of events led me to trade in all of my Olympus gear for a Nikon DSLR. My Olympus E-PL5 and then the E-P5 served me well, but a simple request from a friend to research DSLRs for them started me on a new path. It went a little something like this: 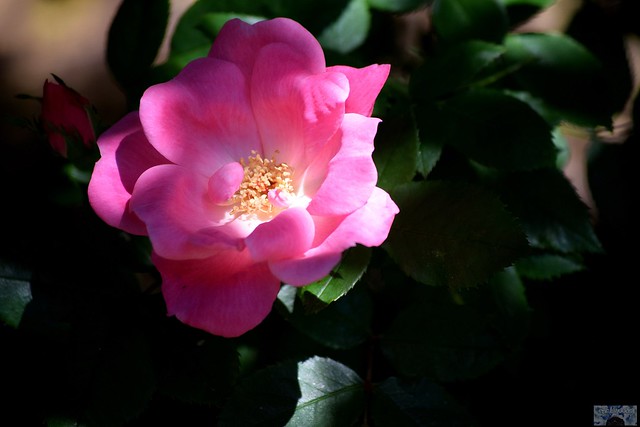 I am not a brand loyalist.  I will not defend the switch from the old. It was a great camera. I will not wax poetic regarding the superiority of the new. Not necessarily better. Different. Plus why not keep the corporations guessing. Most importantly I am still able to capture light for my own amusement. Still eyeing a mirrorless in my future for a more portable option in the form of the Samsung NX300. Solid reviews. Nice sample images and some nice lenses to choose from. A steal at $499 w/ a 45mm f1.8. Is that an APS-C sensor you have in your pocket? Who knows. We’ll see. A link to a gallery of images from the latest implement here.

Update: Due to the feature to cost value proposition it offered I eventually moved to (then away from and then back to) Pentax among other cameras. But Pentax (K-3 and K-1) remains my DSLR tool of choice.

A few doors, taken w/ a new favorite lens, and a good book. Keeping it positive in a world filled with chaos. #sonyfe40mmf25g #sonya7c #atimebeforecrack
Oof. Ages ago. Came across this today. Loooooooong ago. I cannot say I recommend going straight from zip to do Colonie, NY to NCA&T directly. Went there following in the footsteps of my uncles. Lost my ever loving mind when I got there. Spent my 3 semesters at A&T majoring in trying to find the next event and/or party instead of Mechanical Engineering. Cherelle performed in our gym... Cherelle! EU also performed there. Everyone and their mama played Aggiefest. Almost cried at my first football game. Not because of football. I do not follow sports at all. Because I had never seen that many African Americans in one place doing their thing... ever. It was beautiful. And halftime?! Wakanda made real... An exceptional institution. All on me. My younger cousin survived the Colonie to A&T pipeline but I could not cut it. As I said I lost my mind so I retreated home to NY where I ended up graduating from SUNY Polytechnical Institute in zip to do Utica, NY. This photo was taken when we visited NC after my move back to NY where I ran into my freshman year roommate Reggie Hines and friends Todd Maurice Gaines and DCs own Matthew Whitlock. It was very good to see them again. Scott Hall is no more and I cannot say I miss it specifically. Did not work out for me at A&T, but it was the most fun 3 semesters of college by far.